In September 2019 the Dutch Minister of SZW informed the Dutch parliament about a principal agreement between social partners of both employees and employers regarding the complete renewal of the Dutch pension system. This principal agreement was transferred in a definitive agreement in the summer of 2020. In the beginning of 2021 the Minister has sent the necessary concept legal texts for consultation to all involved parties. The intention is to start de political debate about the final legal texts in parliament in the summer of 2021. If the legal texts are transferred into new law almost all pension schemes in the Netherlands need to be adjusted within the coming four years. What does this mean for the pension scheme of your company?

The pension scheme is based on the Defined Benefit system (DB system) or the Defined Contribution system (DC system). In the DB system the yearly accrual is based on a certain amount of pension. This pension is guaranteed by the provider (insurance company) or depends on the financial situation of the pension fund. In the DC system the right of the employee is based on the defined premium in that year. This premium will be invested till the retirement date in a by the employee selected investment fund. At the retirement date the built up capital is transferred into lifelong pension payments. The amount of these payments depends on the accrued return on investment and the cost price of one euro pension at the retirement date.

The reason for the “PensionAccord”

The renewal of the Dutch pension system has its grounds in several economic developments. First of all, life expectation has been increasing. As a result, the number of pension payments increases and the cost price of one euro pension increases. The second development is the (extremely) low interest rates, which do not only increase the premium but also lower the coverage ratio of the pension funds. The final development lies in the way people seek to perform their labour. Changing jobs has become more common and an increasing number of people chooses to work as a contractor rather than as an employee. A decreasing amount of people spend their entire carrier as a participant in the same pension scheme.

These developments have led to several discussions about the Dutch pension system and its continuation in the future. Because of the legal requirements for separating the pension capital from the company, the so called “external capital coverage”, the Netherlands are praised for their pension system. However, this external capital coverage causes pension providers to suffer from the mentioned developments.

The main purpose is a future-proof and sustainable pension system. Parties involved try to achieve this by increasing the prospects of pension payments with sufficient purchasing power. The pension is still based on the external capital coverage and on the fact that the retirement age is based on life expectancy. The goal is to provide employees with a solid pension after their labour carrier. In the end this will ensure a pension that fluctuates directly with the economy. The pension of the employee will become more transparent and personal, and will be linked to developments in society and the labour market.

How will this be achieved?

Important starting-point for the new pension system is maintaining the strong aspects of the current system, including the basic principle that the pension accrual will at least remain at the current level. The ultimate goal remains that every employee can achieve a pension result of 75% of his average income within a period of 40 working years. Solidarity and collectivity remain important principals and the current mandatory participation in an Industry-wide pension fund will be continued.

What will change is the overall pension system. Currently, about 85% of the employees are participating in a defined benefit scheme. Under the new rules all pension schemes must be based on the defined contribution system. The premium must be based on a “flat rate” for all employees. In the concept legal texts a maximum of 30% of the pensionable income (income minus AOW-franchise) is mentioned. The premium will be invested in a collective or individual way until the retirement date. At this date the employee will consume his accrued pension capital during his lifelong period of retirement. Social partners, or the employer, can decide to ask the provider to take extra action to stabilize the pension payments as much as possible.

In principal the new pension system has no consequences for companies participating in an Industry-wide pension fund. The current average premium will be replaced by a new flat rate premium. The only question is what social partners decide regarding the height of this flat rate premium. Will it be equal to the current level of premium? A lot of funds charge a premium in 2021 which is pretty close to the mentioned maximum percentage of 30%.

For the employees there will be considerable changes. In the current situation all employees accrue the same pension rights (depending on the height of the income) and the due premium is the same for everyone. In principle, this premium is too high for young employees and too low for older employees in relation to the value of their own pension rights. In the new situation the premium is the same for all employees (depending on the height of the income). Because of the fact that a young employee has a longer period to make return on investment than the older employee, they reach a higher pension capital. From the same premium their pension result will be higher than the pension result of their older counterpart. So basically, the pension result will decrease over time.

The biggest challenge the industry-wide pension funds will face is how to compensate the participants who paid too much premium in the past and are not compensated for this through a lower premium in the future. Social partners will have to find, together with the fund, a decent way to compensate the participants. The concept legal texts mention a maximum of 3% extra premium for this compensation.

The last question that has to be answered is how the fund is going to treat the already accrued pension rights. Are they going to be respected or are they going to be transferred into the new system? The final decision on this matter is in the hands of the board of the fund.

Usually, for employers with a company-specific pension fund, the social partners play a key role in determining the employment conditions. This means that they are also involved in determining the flat premium rate in the new pension scheme. The impact for the company depends on the social partners. They will also be involved in deciding on the employee compensation for changing the employment conditions regarding their pension.

For the employees, the pension scheme and the individual labour agreement will be altered Depending on the actual situation of the company all employees might need to accept this change on an individual basis. For the company this means that they have to follow a strict consent process.

The pension fund itself has to make a lot of new choices as well. Are they able to execute the new pension scheme through their administration systems? And is the company-specific fund still of enough value to maintain the fund? Or is it better to liquidate it? What conditions do they need to offer the company for providing the pension scheme and are those conditions reason for the company to go look for another pension fund?

Companies with a flat rate defined contribution scheme don’t have to do anything. Unless they want to change their pension scheme into one based on an increasing scale, because this should be done in 2021.

Part of the “PensionAccord” is that the social retirement age (AOW) will increase less in the future. Each year of increase in life expectancy will lead to a change in the AOW age of only 9 months instead of the current 12 months.

It will be possible to take out 10% of the pension capital on the retirement date in one lump sum. It will also be possible for employers to make arrangements for early retirement without the current fiscal penalty. These arrangements are less extensive than in the past.

It is the intention of the legislator to implement the new law per January 1st, 2022. This means that after the consultation the definitive legal texts should be ready before the summer of 2021 and the parliamentary debate should be finalized before the end of 2021. In 2026 all pension schemes must comply with the new rules.

This information is also available in Dutch. Click here for the Dutch version. 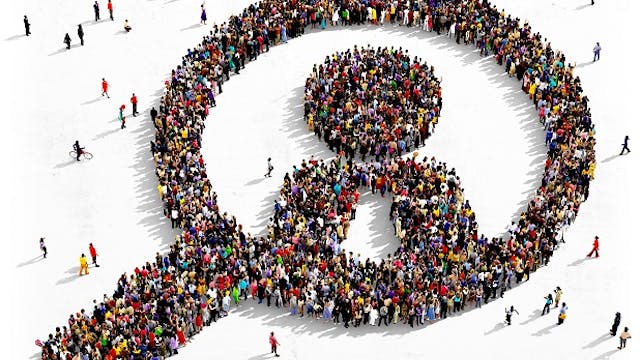 Google Analytics soon to be banned?! 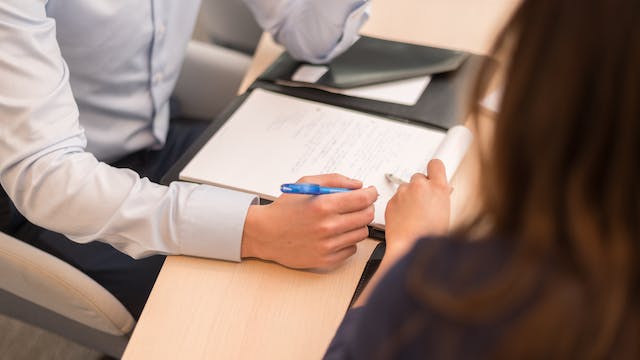 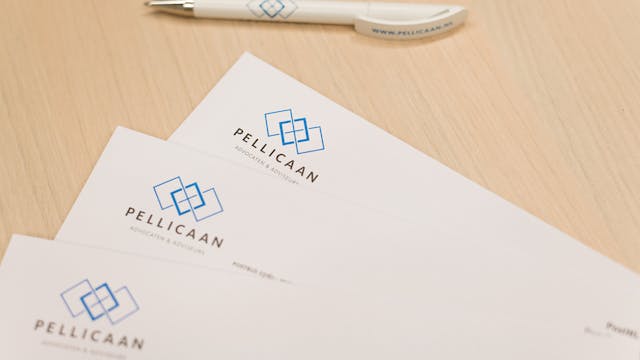 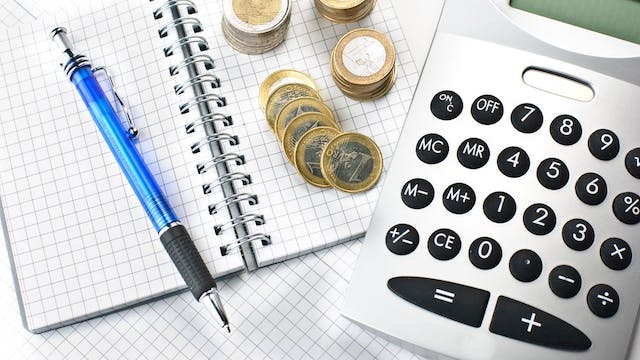 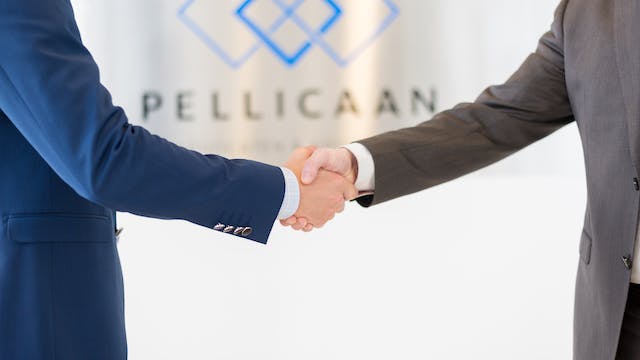 PensionAgreement, a blessing or a disaster? 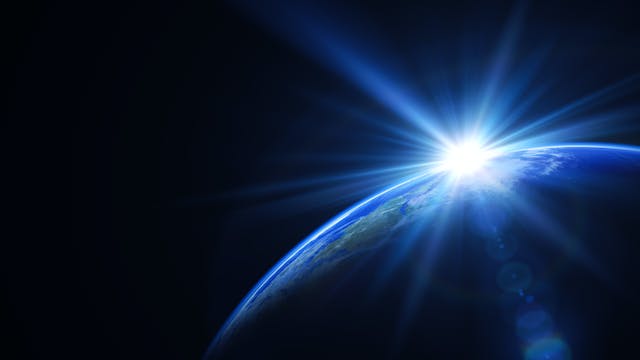